Support our campaign to save Honresfield Library, a treasure trove of literary manuscripts, by donating to our appeal

Friends of the National Libraries is leading a bid to save one of the most important private collections of manuscripts and printed books associated with some of the greatest writers in the United Kingdom.   To save this treasure trove for the nation, we need to raise £15million.  Scroll down the page for details of the collection and the appeal.

Latest news:  We have now raised a total of £7.5m, so we are half way to our target.  We are having detailed discussions with individual and institutional donors and hope to be able to give further good news soon.  Meanwhile, please do help us to reach our target!

If you prefer to send a cheque, please make it out to Friends  of the National Libraries, write Honresfield on the reverse, and send it to FNL, PO Box 4291, Reading Berkshire, RG8 9JA.  If you would like to Gift Aid your donation please download the form and send it to us with your cheque.  Thank you!

The campaign to save Honresfield Library

FNL, and the participating libraries and museums listed below, are profoundly grateful to the vendors and their representatives Sotheby’s for deciding to postpone the auction of the first part of the library, originally announced for July, in order to preserve the entire library as a collection to be allocated to libraries around the UK for the benefit of the public. The Honresfield Library collection has been largely inaccessible for the last 80 years, its contents examined only by a few trusted scholars. It was formed at the end of the 19th century by William Law (1836-1901), a Rochdale mill-owner living at Honresfield, a few miles from Haworth.  The bulk of the Library has remained in family ownership, and it has remained largely intact.

A private library of English literature of such significance has not been placed on the open market for many decades or is ever likely to appear again.

The Honresfield collection includes the complete working manuscript of Sir Walter Scott’s iconic novel Rob Roy, part of the autograph manuscript of Scott’s verse romance, The Lay of the Last Minstrel, his light-hearted travel journal of a voyage off the Scottish coast in 1814, a copy of Border Antiquities with extensive manuscript revisions, and an exceptional group of Scott first editions in their original condition. Other Scottish material of huge importance is an early volume of poems by Robert Burns in his own hand - containing some of his earliest recorded literary works - known as the ‘First Commonplace Book’, as well as individual autograph poems (‘Cessnock Banks’ and the ‘Brigs of Ayr’), and a group of the poet’s earliest correspondence, including the only extant letter to his beloved father.

At the Library’s heart lies an astonishing set of manuscripts in the hands of the Brontë siblings, much of which has been unseen for 80 years and never properly examined. It includes seven of Charlotte Brontë’s famous ‘little books’, each of which is a work of art; a manuscript collection of poems by Anne Brontë; some 25 letters by Charlotte Brontë; and a small but exquisite autograph manuscript diary note shared by Emily and Anne Brontë. The absolute jewel of the Brontë collection is Emily Brontë’s holograph notebook of 31 poems, believed by many scholars to have been lost.  This poetry notebook carries annotations in Charlotte’s hand. The printed treasures of the sisters include Emily Brontë’s own annotated copy of their first publication, the exceptionally rare Poems of 1846, and fine presentation copies of first editions of their novels in their original cloth bindings.

Jane Austen is represented by two hugely significant letters to her sister Cassandra (only three early such autograph letters are held in any UK national collection, the bulk being in the Morgan Library, New York). One is a very early letter, written on the eve of a ball where she anticipated the end of a love affair; the second dates from 1813 and discusses the reception of both Pride and Prejudice and Sense and Sensibility. The collection also includes first editions of Pride and Prejudice, Emma, and Northanger Abbey and Persuasion in their original condition.   A major and coordinated effort is needed to save this astonishingly important collection.

The consortium of institutions that have come together to realise this vision includes:

Taking an innovative approach, FNL will ensure that the Honresfield collection will be cared for and made available in institutions across the UK, enabling the widest possible audience to see, study and enjoy this pre-eminent material.

Richard Ovenden OBE, Trustee of the FNL and Bodley’s Librarian at the Bodleian Libraries, University of Oxford said: “Literature and the creative use of the English language and its dialects have been among the great contributions made by the people of these islands. Now is a time to act together, to preserve and share some of the greatest examples of this heritage.”

John Scally, Trustee of the FNL and National Librarian and Chief Executive of the National Library of Scotland, said:  ''Once in a generation, a collection of books and manuscripts appears from almost nowhere that is met with a mixture of awe and stunned silence, followed by concerted action to bring it into public ownership. The UK-wide consortium is determined to raise the funds to ensure we can save the Honresfield Library for everyone to share and enjoy."

Charles Sebag-Montefiore, Trustee and Treasurer of FNL, said:  “FNL is thrilled to be able to take the lead in saving the Honresfield Library. FNL is working with a consortium of institutional funders and individual philanthropists to raise the substantial funds need to secure this extraordinary collection for the benefit of everyone in the UK.  This is a crucial national endeavour to raise enough funds to keep this unique treasure trove in Britain. This is cultural levelling up, as the items will be spread across the UK from Yorkshire to Edinburgh, Oxford and London.” 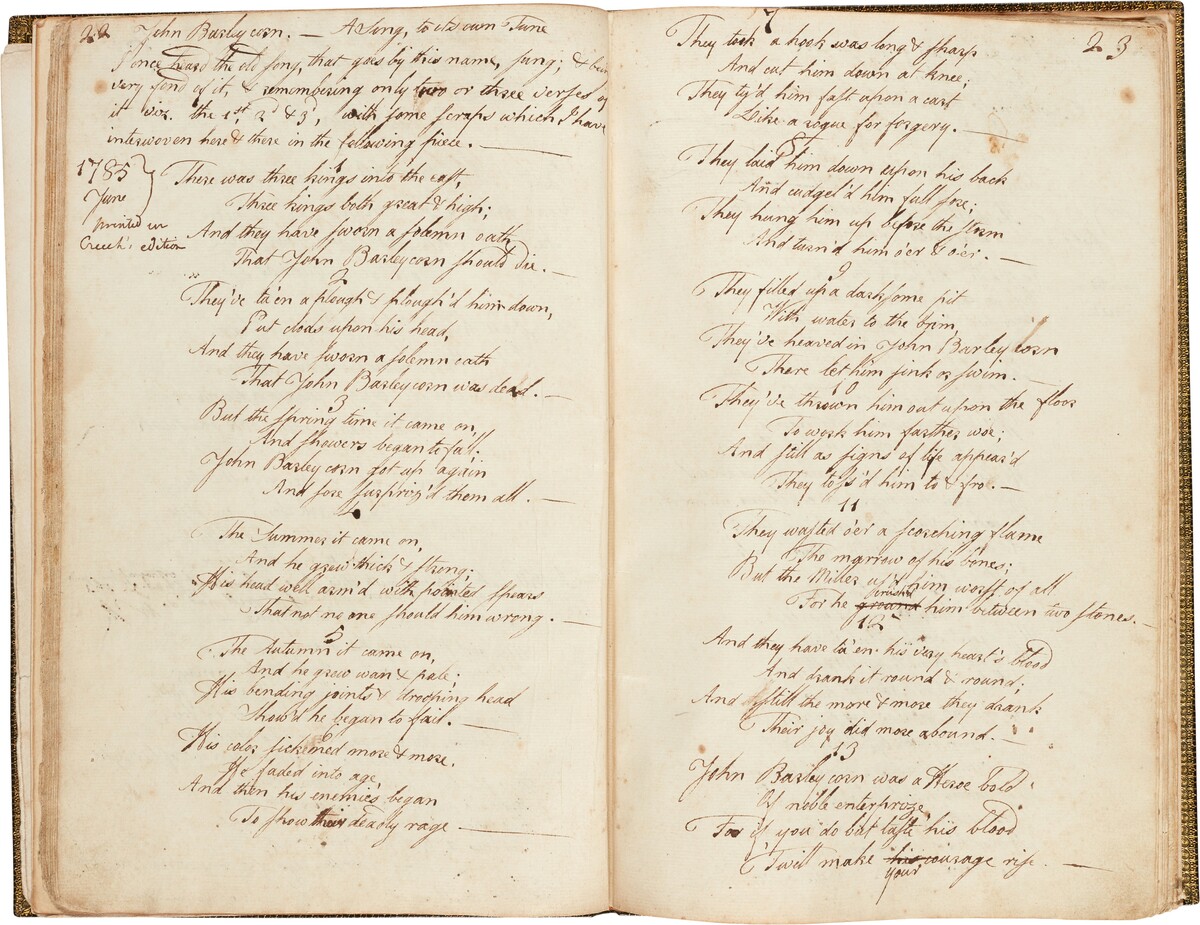