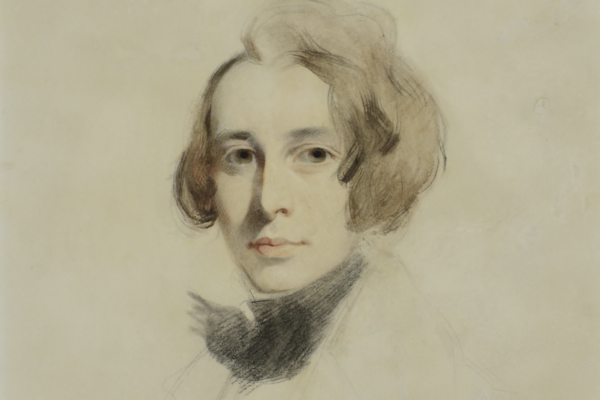 On what would have been Dickens's 208th birthday The Charles Dickens Museum has acquired 300 items from the most substantial private collection of Dickens material in the world, with the help of FNL and other funders.  The items acquired by the Museum include 144 handwritten letters by Dickens (25 of which are unpublished), personal items including writing implements and jewellery, original artwork by the illustrators of Dickens’s books, including George Cruikshank, John Leech, Hablot Knight Browne (Phiz), Joseph Clayton Clarke (Kyd) and Frank Reynolds, a range of unpublished manuscripts and letters written by others in Dickens’s circle and 25 books from Dickens’s own library.

The letters are full of irresistible bursts of prose and evidence of Dickens’s lust for language. An unpublished letter written on 5th August 1846, during a visit to Switzerland includes this passage: “…fancy walking from this [heat] … on to a sea of ice, unfathomable in depth, five and twenty miles long, and tossed up into immense waves, like the spires of Gothic Churches! Picture me clambering over this, with a great leaping pole, and half a dozen iron points buckled on to the soles of my shoes, and washing my face with snow, and going down to drink melted ice like chrystal [sic], and staggering and hauling myself up into places like Dreams, under the direction of a mountaineer-guide…”

Amassed over four decades by an American collector, the collection includes such rare items as the family’s home magazine the Gad’s Hill Gazette, an autograph (handwritten) manuscript excerpt from David Copperfield, personal effects including a golden writing implement which doubles up as both pen and pencil, and a collection of forty beautifully-designed playbills, including very rare notices for private performances at Dickens’s home.

It also includes a delicate drawing in chalk and pastels by Samuel Laurence (pictured). A lithograph of this portrait exists, but the original was thought to be lost. This unfinished drawing appears to be a companion piece to another portrait of Dickens by Laurence in the Museum’s collection, and one held by the National Portrait Gallery, both of which date to 1837. There is a very strong case that this is the original drawing and therefore the lost third portrait of Dickens by Laurence from this time.

The acquisition was made possible by a grants, totalling £1.8m, from the Friends of the National Libraries, National Heritage Memorial Fund,  Art Fund,  and the Dickens Fellowship.

The material will provide rich new insights into the life and work of Charles Dickens (7 February 1812–9 June 1870), throwing new light on his personal and business relationships, and state of mind while writing his novels, as well as offering vivid insights into his character 150 years after his death.

“This is a treasure trove – a true once-in-a-lifetime moment for the Museum. 150 years after the death of Dickens, it is wonderful to be able to bring such a rich and important collection to the Museum at his first family home. We are immensely grateful to all of the organisations that have supported us so generously, and to the collector for his original acuity and giving the Museum the opportunity of acquiring this collection. We are looking forward to sharing the items with our visitors, both online and in person in the rooms of Dickens’s home.” - Cindy Sughrue, Director, Dickens Museum.