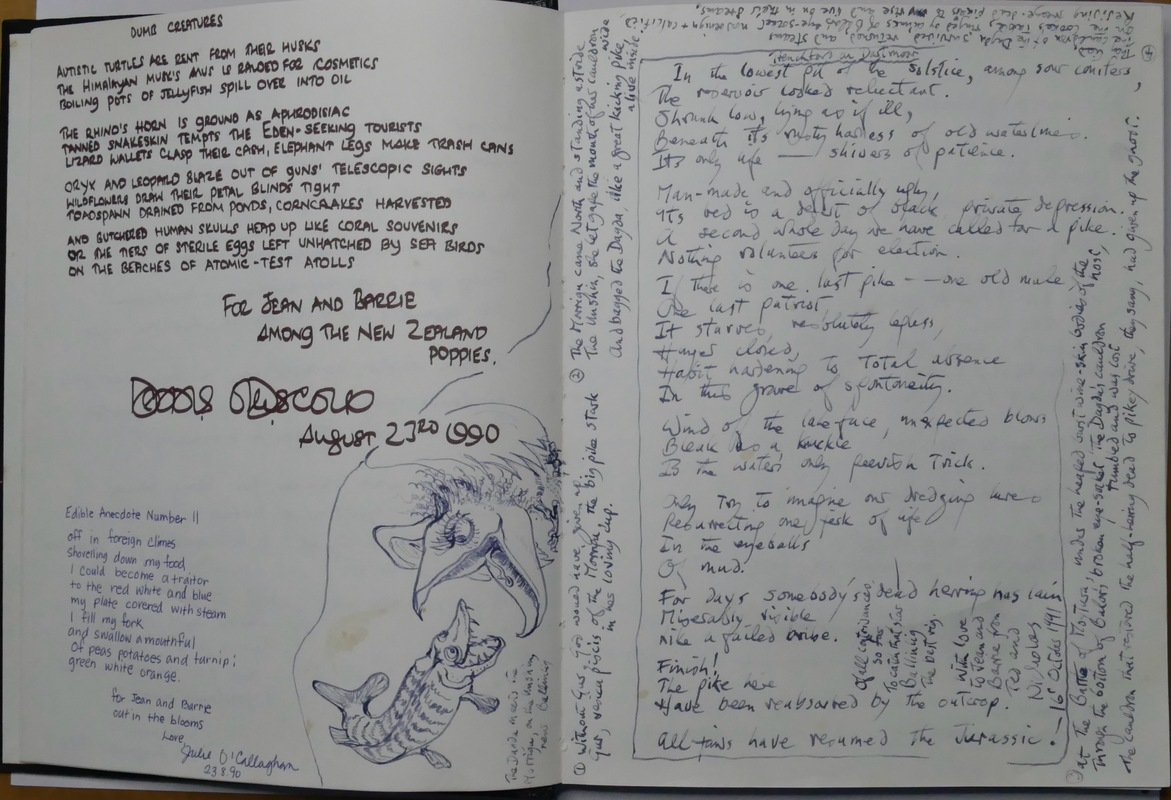 Pembroke College, Cambridge, has acquired the archive of Barrie Cooke, an artist whose closest friends were Ted Hughes and Seamus Heaney.
15 Nov 2020

Thanks to support from many individuals and organisations - including FNL - Pembroke College has acquired the archive of British-born Irish expressionist painter Barrie Cooke (1931-2014).

The archive consists of papers, poems and letters sent to him by a range of leading writers and artists, from across Britain, Ireland, continental Europe and the United States. The most important of these papers are by two of his closest friends, Nobel Laureate Seamus Heaney (1939-2013) and Poet Laureate Ted Hughes (1930-1998; Pembroke 1951). Cooke produced 150 paintings, drawings and prints in response to his friends’ work, only a handful of which have ever been exhibited or published.

Pembroke Fellow Dr Mark Wormald, who has closely studied how central Ted Hughes’ love of fishing was to his approach to poetry and life, first came across mention of Barrie Cooke in Hughes’s unpublished fishing diaries in the British Library.

In 2012, Mark travelled to Ireland to visit Barrie Cooke at his home and studio in County Sligo to talk to him about the many fishing trips he had made with Ted Hughes and Hughes’s son Nicholas. A year later, when Cooke was in frail health and living closer to his family in County Kilkenny, Mark read him a fishing diary entry Hughes had written over thirty years before about catching his first Irish salmon, with Cooke at his side.  Cooke remembered it vividly, and then asked Mark whether he’d care to see a large cardboard box jammed full of letters and poems, which his daughters had feared lost.