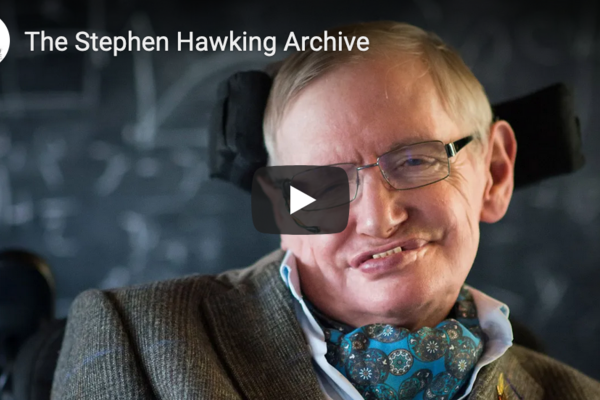 Stephen Hawking's archive has been acquired by Cambridge University Library and the contents of his office by the Science Museum.
27 May 2021

A £4.2m AIL agreement between HMRC, the Department for Culture, Media and Sport, Cambridge University Library, Science Museum Group, and the Hawking Estate, see around 10,000 pages of Hawking’s scientific and other papers remain in Cambridge, while objects including his wheelchairs, speech synthesisers, and personal memorabilia from his former Cambridge office will be housed at the Science Museum.

Among the thousands of pages of archive material at the University Library are manuscripts, typescripts and proofs for scientific papers and research, including those written in collaboration or in correspondence with some of the greatest minds of 20th and 21st century theoretical physics, such as Nobel Prize winners Kip Thorne and Sir Roger Penrose.

Under the terms of the historic agreement, Professor Hawking’s extensive Cambridge archive will be cared for and made available to current and future generations of scientists hoping to continue his ground-breaking work in theoretical physics, and will provide future biographers and science historians with an extraordinary gateway and insight into Hawking’s life and work.

“The archive allows us to step inside Stephen’s mind and to travel with him around the cosmos to, as he said, ‘better understand our place in the universe’. It gives extraordinary insight into the evolution of Stephen’s scientific life, from childhood to research student, from disability activist to ground-breaking, world-renowned scientist.  I am so grateful that the Hawking family and the AIL scheme have entrusted us with this precious archive.”

The arrival of the archive at the University Library means that three of the most important scientific archives of all time – those of Isaac Newton, Charles Darwin and Stephen Hawking – are now housed under one roof at the iconic Giles Gilbert Scott building.