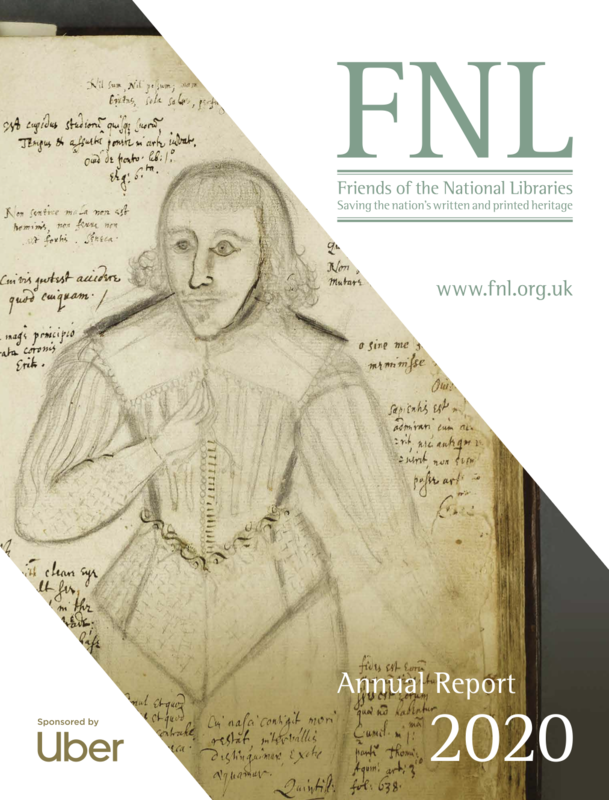 In 2020, FNL gave 39 acquisition grants to institutions across the UK, enabling the enhancement of collections even in the face of a pandemic
24 May 2021

Even with the unique challenges posed by the pandemic, archivists and librarians continued to save collections for the nation and make them available to the public.  FNL played a vital part, by giving grants totalling over £200,000 to 39 libraries and archives across the UK, making those acquisitions possible.

Download our annual report to read short essays of all of the items and collections acquired with FNL's help - in 2020, which include:

In addition to our normal grant-giving we were able to facilitate the generous gift of the 15th-century Book of Lismore from the Chatsworth House Settlement to University College Cork.   The Book of Lismore consists of 198 large vellum folios containing some of medieval Irish literature’s greatest masterpieces.   FNL was involved because it is one of a very limited number of bodies listed in Schedule 3 of the Inheritance Tax Act 1984. As such FNL can facilitate gifts to eligible institutions of previously exempted works of art without giving rise to a tax charge on the donor family, and it can enable acquisitions by eligible institutions of artefacts accepted in lieu of Inheritance Tax.