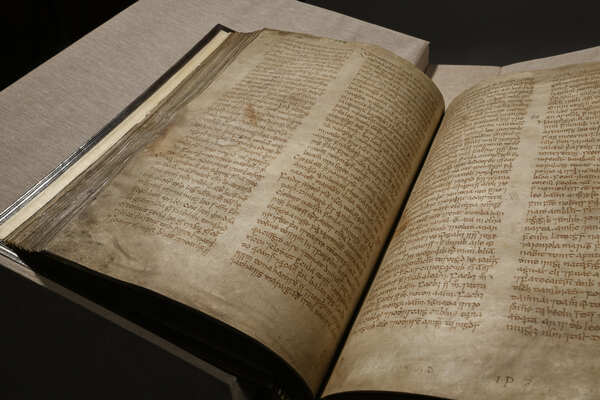 FNL has facilitated the gift of the Book of Lismore (C15th) from the Trustees of the Chatsworth Settlement to University College Cork.
30 Mar 2021

In 2020 FNL received an exceptional, restricted gift in kind, with a value of £500,000, from the Chatsworth Settlement in the form of The Book of Lismore, a 15th century medieval Irish decorated manuscript and considered one of the Great Books of Ireland. The Book was compiled for Fínghin Mac Carthaigh, the Lord of Carbery from 1478 to 1505. It consists of 198 large vellum folios containing some of medieval Irish literature’s greatest masterpieces.

Since the 1640s The Book of Lismore has belonged to the Cavendish family, Dukes of Devonshire, and their ancestors: it was kept at Lismore Castle, Co. Waterford, and more recently at Chatsworth House in Derbyshire. The Trustees of the Chatsworth Settlement donated the Book to University College Cork in recognition of academic and curatorial expertise at the university, and in appreciation of a very long and fruitful partnership between the Cavendish family and the University.

FNL was involved because it is one of a very limited number of bodies listed in Schedule 3 of the Inheritance Tax Act 1984.   As such FNL can facilitate gifts to eligible institutions of previously exempted works of art without giving rise to a tax charge on the donor family, and it can enable acquisitions by eligible institutions of artefacts accepted in lieu of Inheritance Tax. FNL received the manuscript as a restricted gift and gave it in turn to the UCC Educational Foundation, a UK registered charity established for the benefit of University College Cork. FNL last used its Schedule 3 status in 2015 when it was awarded an exceptional grant of £583,920 from the National Heritage Memorial Fund in order to facilitate the acquisition by the Brontë Parsonage Museum, Haworth, of the original Brontë family dining table: FNL then paid that sum to the vendor of the table.

The Trustees of FNL are delighted to have been asked to play its part in enabling the Chatsworth Settlement to make a gift of The Book of Lismore to University College Cork.